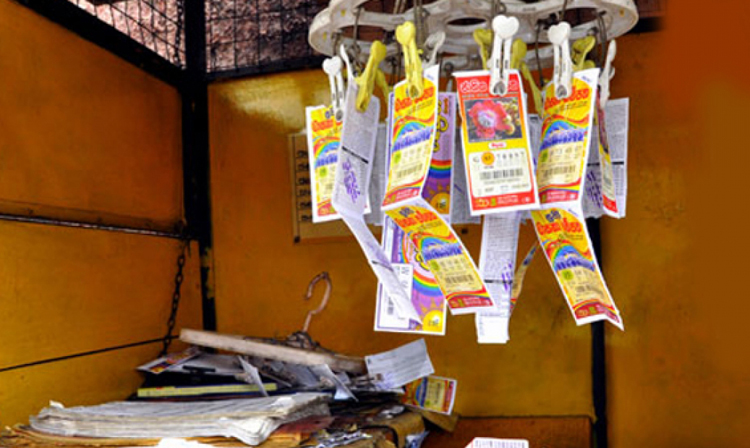 The National Lotteries Board had spent millions of Rupees to print lottery tickets from 2016-2019, the Committee on Public Enterprises (COPE) was told.

COPE was told that the then Foreign Minister had strongly influenced the procurement process of the National Lotteries Board which was under the purview of the Foreign Ministry in 2017.

Accordingly, a tender which had completed the procurement process for the printing of scratch lotteries in 2017 had been suspended by a Cabinet decision at the request of the then Foreign Minister .

Even though the then Minister of Finance Mangala Samaraweera had given an observation stating that suspending the tender was not the right decision, the Cabinet had decided to withdraw the tender.

Accordingly, the tender for the printing of scratch lottery tickets which was due to be awarded to Aqua Flex Lanka (Pvt) Ltd had been suspended.

COPE has also observed that the cabinet decision has been made under the influence of Print Care Secure (Pvt) Ltd.

The cabinet decision had caused a huge financial loss to the National Lotteries Board.

These details were revealed when COPE met in Parliament under the chairmanship of Parliamentarian Professor Charitha Herath.

In addition, it was revealed that the annual reports of the National Lotteries Board for the years 2017,2018,2019 have not been submitted to Parliament. Accordingly, COPE has instructed to look into the matter and submit the relevant reports to Parliament as soon as possible.

It was revealed that the company has not yet received US $ 26,000 due from the ‘’Colombo Airport Super draw’’ and the lottery draw process of ‘’Dollar Fortune’’ was not transparent. Therefore, the committee also recommended that the process be streamlined. (Colombo Gazette)