Moulana said that he had resigned following the Supreme Court rejection last Tuesday of his appeal to stop forced cremations of Muslim coronavirus victims.

In his resignation letter made public today, Ali Zahir Moulana said that Muslims in Sir Lanka are being persecuted today.

He said that the persecution steps largely from the individualistic traits of politicians within the SLMC who do not have the best interest of the community and the country in mind.

Moulana also noted that some SLMC members “unashamedly and audaciously” voted in favour of the 20th Amendment to the Constitution.

He said that this act effectively negated all the work and progress made over the past five years.

“I was personally disgusted and ashamed of the duplicitous, deceptive and dangerous behaviour of my fellow party members,” he said.

Moulana said that he was also astounded to hear that SLMC Leader Rauff Hakeem gave the SLMC members the freedom to express their views independently on the 20th Amendment to the Constitution.

He said that he was alarmed at the decision taken by Hakeem and at the failure by the party to take action against the SLMC MPs who voted for the 20th Amendment to the Constitution. (Colombo Gazette) 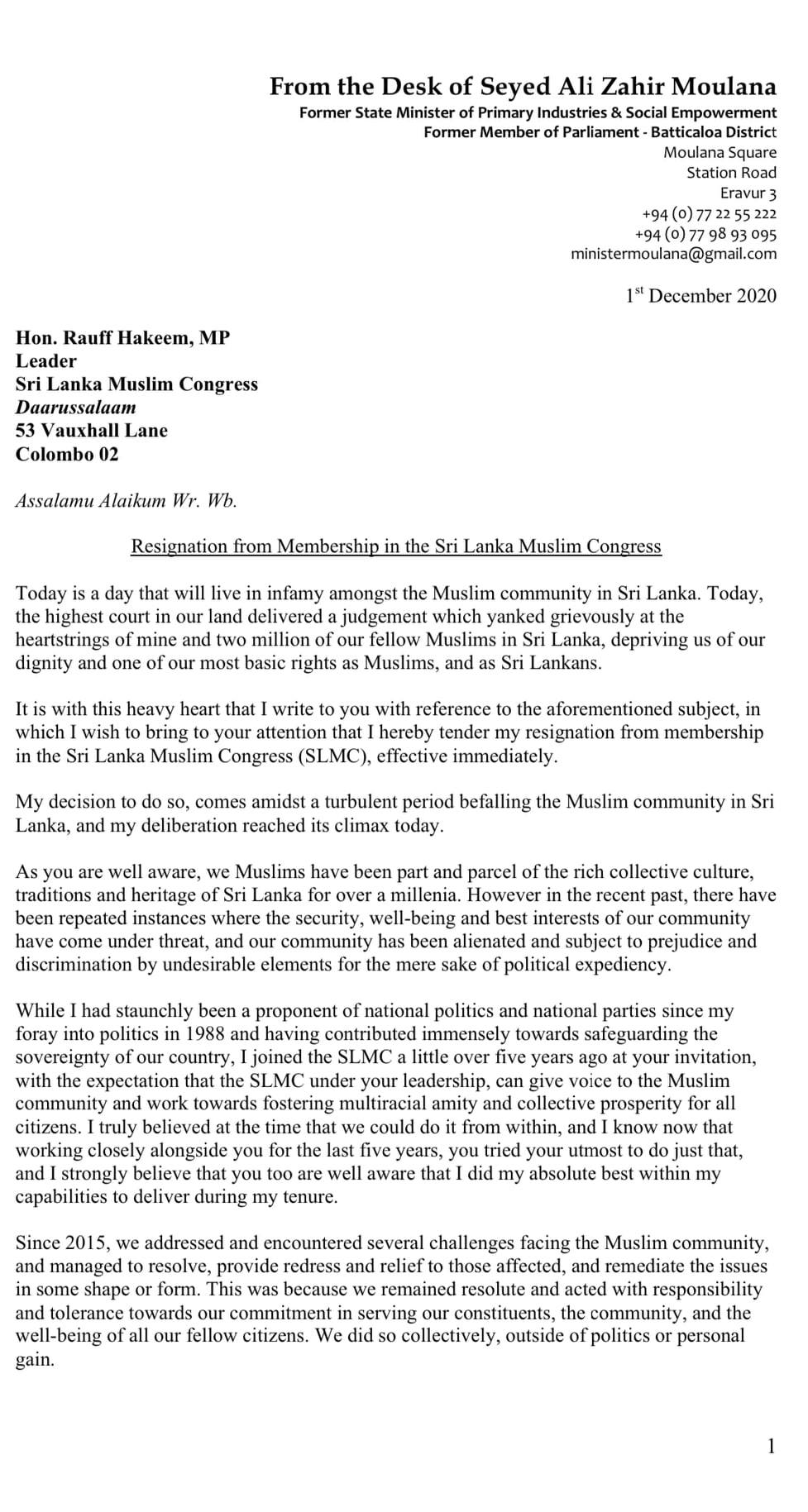 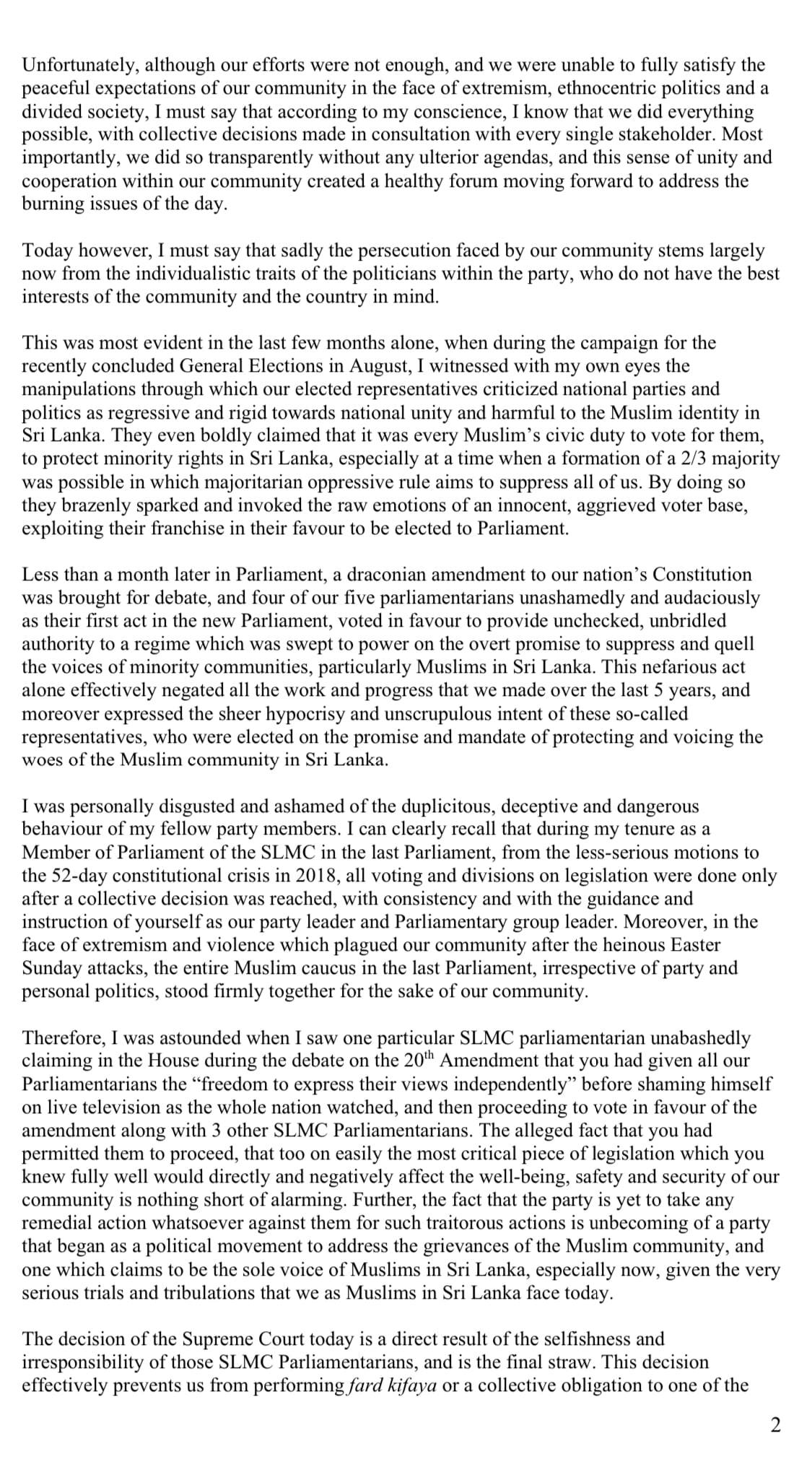