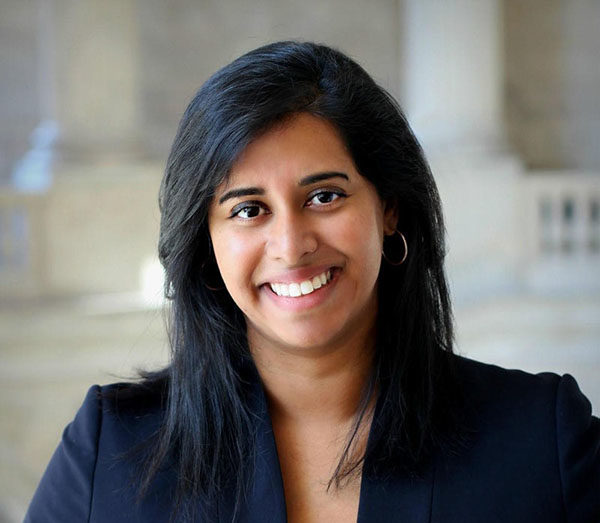 Kamala Harris named her Chief of Staff, Domestic Policy Advisor and National Security Advisor, an all-women team, which she said has the experience to hit the ground from day one.

“She is not only an expert on some of the most important issues facing the American people, but is also one of my closest and most trusted aides from the Senate and presidential campaign,” said the Vice President-elect.

Rohini Kosoglu is a seasoned leader with over fifteen years of experience advising elected officials and candidates and serving in senior roles on national campaigns and Capitol Hill with expertise in managing large and complex organizations.

Since 2017, Kosoglu has served as a senior advisor to Kamala D. Harris (D-CA) in her U.S. Senate office and presidential campaign, Kamala Harris for the People. As Chief of Staff to Harris’ presidential campaign, Kosoglu managed and oversaw debate preparation, policy, communications, and operations for a team with over three-hundred staff with a $40 million budget. Prior to Harris’ presidential race, Kosoglu served as Chief of Staff to Harris in the Senate, directing Harris’ legislative strategy and leadership on key committees, including the Senate Judiciary, Homeland Security and Government Affairs, and Budget Committees.

Kosoglu was the first South Asian woman to serve as Chief of Staff to a U.S. Senator and was notably the only Asian American to serve in that role during her tenure. Under her leadership, Kosoglu held a commitment to creating a diverse and representative staff by developing a talent pipeline that led to the Joint Center for Political and Economic Studies naming Harris’ office as the most diverse on Capitol Hill.

Kosoglu’s career on Capitol Hill has also included leadership positions with leading Democratic Senators, including U.S. Senator Michael Bennet (D-CO) and U.S. Senator Debbie Stabenow (D-MI). During her tenure, Kosoglu led negotiations on numerous bipartisan legislation, with a focus on the economy and health care. Most notably, Kosoglu served as a key advisor during the drafting and passage of the Affordable Care Act in 2010.

Kosoglu has received numerous awards for her legislative accomplishments, including the Rising Star Award from the Women’s Campaign Forum and organizations such as Pew Charitable Trust, Juvenile Diabetes Research Foundation, and the National Rural Health Association. She has also been a featured speaker for the Democratic National Committee, the National Education Association, and Kauffman Center for Venture Capital and Entrepreneurship. In 2020, Kosoglu served as a Resident Fellow at the Institute of Politics at Harvard Kennedy School leading a weekly discussion on navigating careers in political campaigns and Capitol Hill.

Kosoglu received a B.A. in English with Honors from the University of Michigan and a Masters in Legislative Affairs from George Washington University. She currently resides in the Washington D.C. area with her husband and three sons. (Colombo Gazette)

Two farmers on death fast in Hambantota taken to hospital

Parts of Colombo to be without water for 24-hours