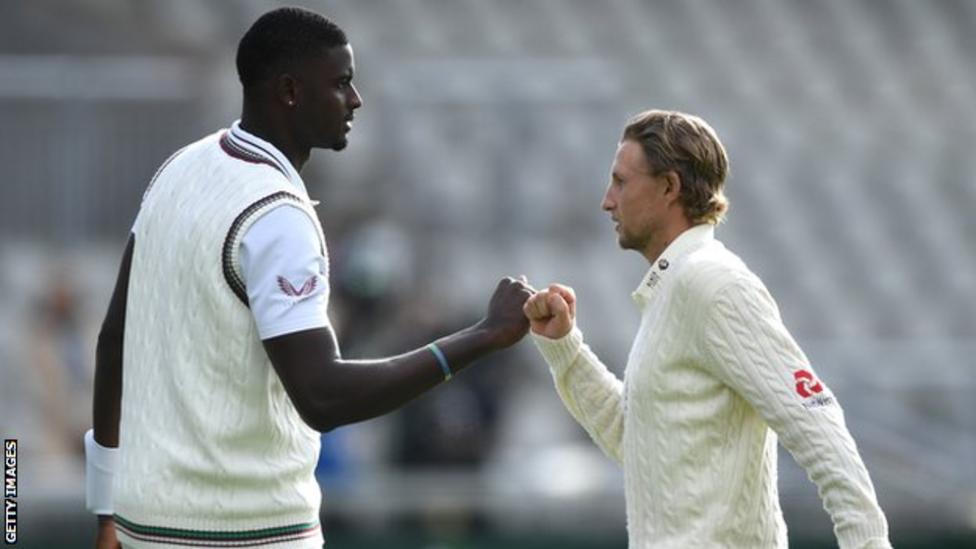 Cricket West Indies has won the 2020 Christopher Martin-Jenkins Spirit of Cricket Award for sending their men’s and women’s teams to tour England.

The men’s side arrived in June for a three-Test series when coronavirus infection rates in England were high.

The women played a Twenty20 series in September at short notice after India and South Africa were unable to tour because of the pandemic.

“I’d like to thank MCC and the BBC for recognising the efforts that our teams made in helping to ensure that international cricket came back safely during the pandemic.”

All matches this summer were played in a bio-secure environment, with players staying in hotels on site and no fans allowed in the grounds.

The MCC and BBC, who created the award in 2013 in memory of former BBC Test Match Special commentator and MCC president Martin-Jenkins, also praised the Pakistan Cricket Board, Cricket Ireland and Cricket Australia for allowing teams to tour.

They also said the England and Wales Cricket Board made a “herculean effort to host international cricket in this extraordinary year”.

Last year’s winners were the New Zealand men’s team, who were recognised for their conduct after losing the World Cup final to England. (Courtesy BBC)