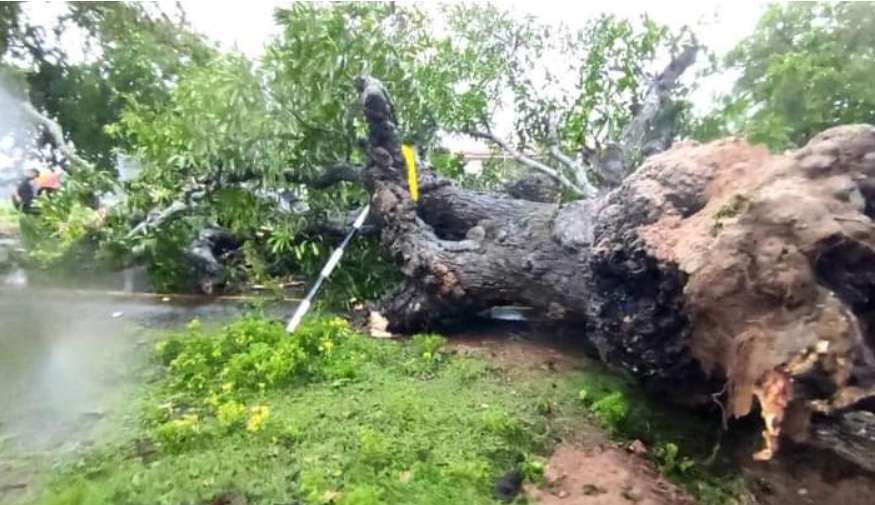 Parts of the North and East have been flooded as Cyclone Burevi made landfall this evening.

Meanwhile trees were uprooted in some areas and at least four people are reported to have been injured.

The Disaster Management Center (DMC) said that a number of people have been evacuated to safer locations in the North and East.

Officials said that in Trincomalee at least five houses were damaged from the cyclone this evening.

The Department of Meteorology has warned of a storm surge in some areas as a result of the cyclone.

The military has been placed on alert in the North and East to assist in the rescue and recovery efforts. (Colombo Gazette)