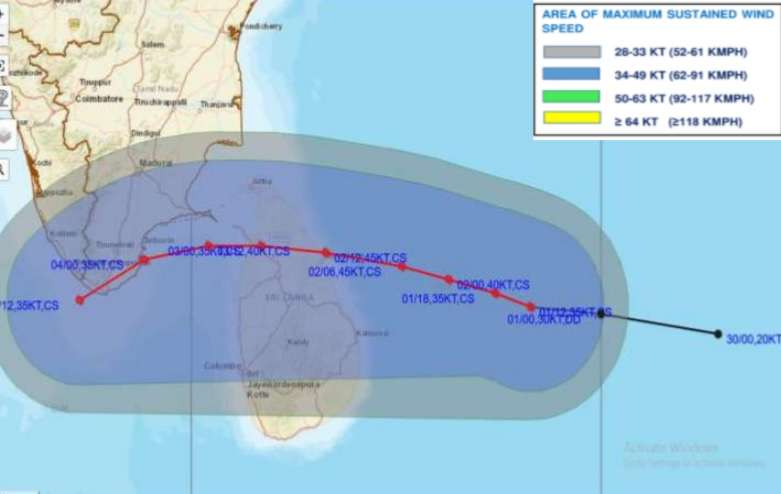 A red alert has been issued for most parts of the country, including the Western Province, for tomorrow (December 2) and for Thursday, as cyclonic storm ‘Burevi’ is set to hit.

The Department of Meteorology has issued the red alert for the Northern, North Central, Eastern, North Western, Western, Central and Sabaragamuwa Provinces.

The alert has been issued warning of very strong, gusty winds between 80-100 kmph at time.

The Department of Meteorology said that a deep depression in the south-west Bay of Bengal has developed into a cyclonic storm.

The system is very likely to move West-Northwestwards and cross the Eastern coast of Sri Lanka between Batticaloa and Point-Pedro ,close to Trincomalee sometime tomorrow (02nd December) evening/night.

This cyclonic storm with a wind speed of 75-85 kmph and increasing up to 95 kmph, is very likely to move westwards thereafter into the Gulf of Mannar.

A storm surge of about 1 meter height, above the astronomical tide is likely to inundate low lying areas in the Eastern Province. (Colombo Gazette) 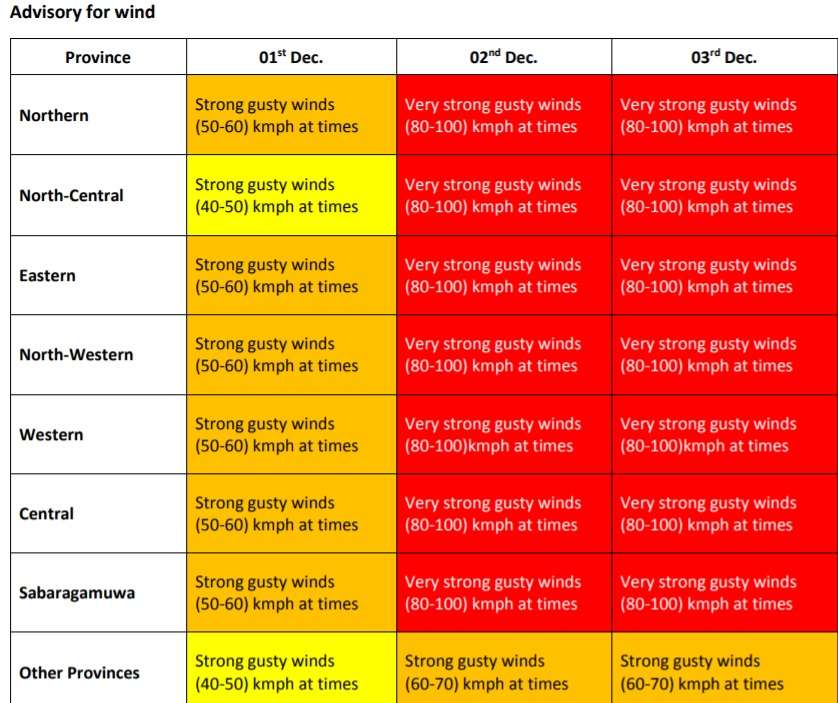