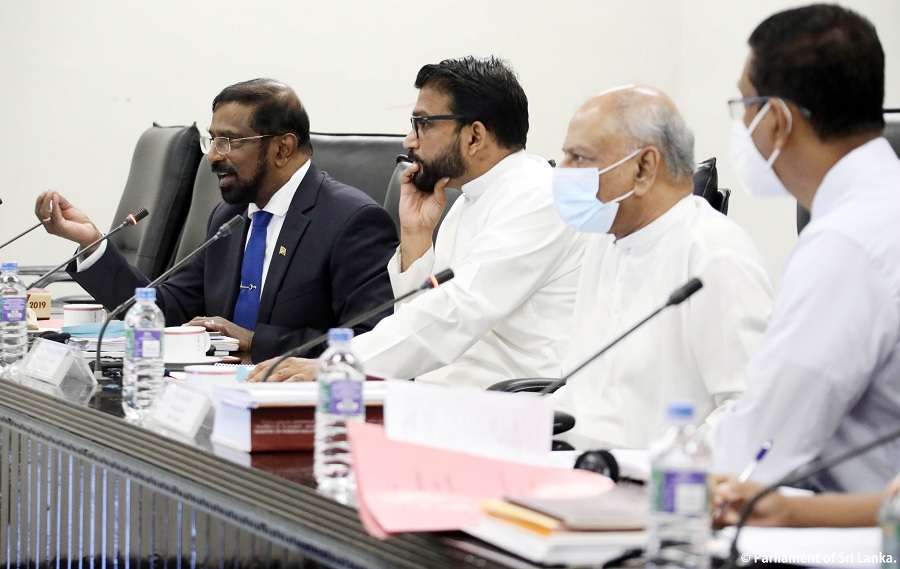 Refugees in South India looking to return to Sri Lanka will be brought back in due course, the Government said today.

Tamil National Alliance Parliamentarians Charles Nirmalanathan and Sivagnanam Shritharan said that almost 100,000 Tamils had sought asylum in South India during the war and 80% are now registered and recognised by the Government.

They pointed out that there are 20% of unregistered Sri Lankan refugees in South India keen to return back to Sri Lanka.

However, they claimed that the Indian Government is demanding a visa fee amounting to the number of years they have been residing in India in order to grant them leave.

Responding to the concerns, Foreign Minister Dinesh Gunawardena stated that discussions have been held with a number of organisations in this regard and President Gotabaya Rajapaksa had approved looking into the issue when the COVID crisis hit the country in March.

Furthermore, the Foreign Minister stated that the Ministry acknowledges this issue and that they have already intervened to bring back the Sri Lankan refugees in due course.

These views were expressed when the Ministerial Consultative Committee on Foreign Affairs met in Parliament today.

At the meeting, Gunawardena also said that the LTTE is a banned organization in Europe as it has not given up violence and terrorism.

The Minister stated that the Foreign Ministry and the Government was fully aware of the matter and is acting with a diplomatic outlook.

Addressing the committee, Foreign Secretary Admiral Professor Jayanath Colombage stated that there is no ban on repatriations.

He pointed out that the process had only slowed down due to the emergence of the Peliyagoda and Minuwangoda COVID-19 clusters as there was a dearth of facilities in quarantine centers.

Furthermore, the Foreign Secretary stated that the process has now gained momentum and relevant measures are being taken to bring back stranded Sri Lankans. He further pointed out that 47, 000 people from 126 countries have already been repatriated to-date.

The Secretary stated the above in response to a concern raised by Member of Parliament Gajendrakumar Ponnambalam. (Colombo Gazette)