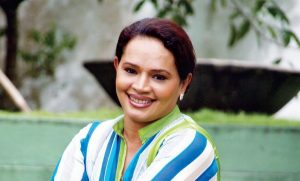 The Samagi Jana Balawegaya (SJB) has suspended the party membership of National List MP Diana Gamage over her decision to vote in favour of the 20th Amendment to the Constitution.

MP Diana Gamage is yet to respond to the party’s decision, he added.

In the letter addressed to Gamage, Party Leader MP Premadasa cites the MP’s failure to comply with the SJB’s common decision to vote against the 20th Amendment to the Constitution.

The party had reached a common consensus to vote against the Amendment, which MP Gamage had defied by voting in favour, MP Sajith Premadasa highlighted.

The actions of MP Gamage has been deemed a violation of the Samagi Jana Balawegaya party’s constitution, and as such a decision has been taken to suspend her membership with immediate effect.

MP Premadasa further said that the decision on the suspension of membership will be conveyed to the Central Working Committee of the SJB.