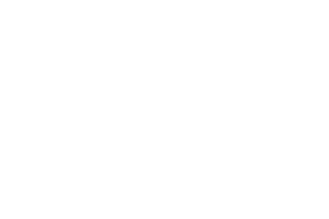 The Government ratified the Convention against Enforced Disappearance but in the same week created an Office of Missing Persons without promised consultations with families of the “disappeared,” Human Rights Watch said today.

Human Rights Watch says the Government should honor its pledge to hold meaningful consultations with the affected families and nongovernmental representatives about the missing persons’ office and the other transitional justice mechanisms.

At the United Nations Human Rights Council in Geneva last year, the Government had agreed to hold nationwide public consultations on all transitional justice mechanisms.

However, on May 24, 2016, Sri Lanka’s cabinet approved the new Office of Missing Persons without talking with the families who have long waited for justice. At the same time, it kept a key promise on May 25 by ratifying the International Convention for the Protection of All Persons from Enforced Disappearance.

“The Sri Lankan Government is creating important structures to address the scourge of disappearances in the country,” said Brad Adams, Asia director at Human Rights Watch. “But it should only do this after receiving input from the families most affected.”

The Office of Missing Persons is one of four transitional justice mechanisms Sri Lanka agreed to establish during the September 2015 Human Rights Council session in Geneva. In line with this promise, the Government established a task force on public consultations in January 2016. The task force has been receiving public submissions with the final deadline for submissions extended until June 24, after which it will submit a full report.

The Government will submit a report on its progress on transitional justice issues at the June session of the UN Human Rights Council.

Tens of thousands of people were forcibly disappeared in Sri Lanka since the 1980s, including during the last months of the war between the Government and the Liberation Tigers of Tamil Eelam (LTTE) in 2009. In recent months the government has proceeded quickly to create the Office of Missing Persons. On May 9, Foreign Minister Mangala Samaraweera presented an outline of the proposed office to a few civil society groups for comments within two weeks, but did not share it with a broader group or the public. On May 13, a leaflet with a basic outline of the proposed office was sent out to a small group. Several prominent civil society leaders objected to the haste, the lack of transparency, and the lack of consultations, particularly outside of Colombo, the capital.

A Government memorandum said that the new office would be empowered to search and trace missing persons, clarify the circumstances of enforced disappearances, and identify ways to provide redress. The office would work in tandem with the other transitional justice mechanisms to bring prosecutions arising from any criminal evidence unearthed, but would not have prosecutorial powers.

The UN Working Group on Enforced or Involuntary Disappearances ranks Sri Lanka as the country with the second highest number of disappearances in the history of its tenure. Most of those reported disappeared during the three-decade long conflict between government forces and the LTTE are ethnic Tamils. A short-lived but violent insurgency with a majority Sinhala militant group in the country’s south in the late 1980s also led to many enforced disappearances and other abuses by both sides. Various commissions of inquiry established by successive Sri Lankan governments in response to pressure from victims’ groups and others have produced reports that have largely remained unpublished and have not resulted in criminal prosecutions of those responsible.

“The government deserves high marks for ratifying the Convention against Enforced Disappearance, but it needs to take urgent steps to build confidence with affected communities,” Adams said. “The government should ensure communication, transparency, and dialogue in all its transitional justice mechanisms.” (Colombo Gazette)