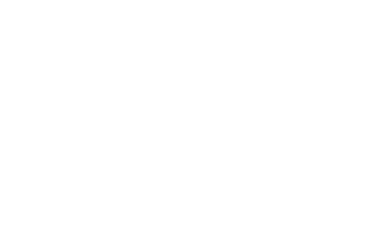 Despite a growing repudiation of the death penalty by governments around the world, at least 1,634 people were executed last year, the highest total in a quarter-century, Amnesty International said Wednesday in its annual report on capital punishment.

The deaths represent more than a 50 percent increase over the 1,061 recorded in 2014 by Amnesty, a London-based rights group that has made abolition of the death penalty one of its signature causes. The group said almost 90 percent of the 2015 executions were carried out in Iran, Pakistan and Saudi Arabia, which have repeatedly ignored pleas by rights groups to abandon capital punishment.

In Iran and Saudi Arabia, many of the executions were for nonlethal crimes. Amnesty said drug-trafficking offenses were the main reason for executions in Iran. The group said other reasons cited by countries that practice capital punishment included adultery, blasphemy, corruption, kidnapping and “questioning the leader’s policies.”

As it had done in previous years, Amnesty did not count executions in China, which the group said resorted to the death penalty more than any other country. The true extent of capital punishment there is unclear because the data is considered a state secret, but the report said executions were believed to be in the thousands.

“The rise in executions last year is profoundly disturbing,” said Salil Shetty, Amnesty’s secretary general. “Not for the last 25 years have so many people been put to death by states around the world.”

At least six countries that had not put anyone to death in 2014 did so last year, including Chad, where executions resumed for the first time in more than a decade.

The increase in executions came amid some trends in the opposite direction. Fiji, Madagascar, Republic of Congo and Suriname outlawed the death penalty. Mongolia passed a new criminal code that will abolish the death penalty this year. For the first time, a majority of the world’s countries — 102 of 195 — have abolished what Mr. Shetty called “this most horrendous of punishments.”

In the United States, the only country in the Americas to execute people for the seventh consecutive year, 28 people were put to death, the lowest total since 1991, and the number of death sentences, 52, was the lowest since 1977.

The Amnesty report followed news last week from another British rights group, Reprieve, that more than 80 people had been beheaded this year in Saudi Arabia, putting the kingdom on course to decapitate twice as many condemned prisoners as it did last year. (Courtesy New York Times)