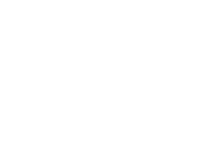 A leading drug dealer was arrested at at the Bandaranaike International Airport (BIA) after he was deported to Sri Lanka.

The police said that Wasantha Mendis was deported to Sri Lanka after an INTERPOL arrest warrant was issued against him.

Wasantha Mendis was linked to a major drugs smuggling racket busted in 2013.

Meanwhile another man was arrested at Welisara with 5kg of heroin. He was arrested while transporting the heroin in a three-wheeler.