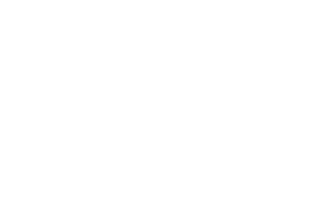 It was the second U.S. air strike in three months against Islamic State in Libya, where the hardline Islamist militants have exploited years of chaos following Muammar Gaddafi’s 2011 overthrow to build up a presence on the southern shores of the Mediterranean Sea.

The Pentagon said it had targeted an Islamic State training camp. The facility in the city of Sabratha was linked to Noureddine Chouchane, a Tunisian blamed by his native country for attacks last year on a Tunis museum and the Sousse beach resort, which killed dozens of tourists.

“Destruction of the camp and Chouchane’s removal will eliminate an experienced facilitator and is expected to have an immediate impact on ISIL’s ability to facilitate its activities in Libya, including recruiting new ISIL members, establishing bases in Libya, and potentially planning external attacks on U.S. interests in the region,” the Pentagon said, using an acronym for Islamic State, also known as ISIS or Daesh.

U.S. officials said Chouchane is most likely dead but White House spokesman Josh Earnest said he could not yet confirm the results of the air assault. He said the raid showed U.S. willingness to fight Islamic State.

“It’s an indication that the president will not hesitate to take these kinds of forceful, decisive actions,” Earnest said.

The mayor of Sabratha, Hussein al-Thwadi, told Reuters the planes hit a building in the city’s Qasr Talil district, home to many foreigners.

The strikes targeted a house in a residential district west of the centre, municipal authorities said in a statement.

The house had been rented to foreigners including Tunisians suspected of belonging to Islamic State, and medium-calibre weapons including machineguns and rocket-propelled grenades had been found in the rubble, the statement said.

The air strikes came just days after a warning by President Barack Obama that Washington intended to “take actions where we’ve got a clear operation and a clear target in mind” against Islamic State.

Britain said it had authorised the use of its airbases to launch the attack.

Islamic State runs a self-styled caliphate across swathes of Iraq and Syria, where it has faced air strikes from a U.S.-led coalition since 2014. (Courtesy Reuters)